Yes, pets grieve in a way that is similar to human toddlers. While they may not recognize the significance or permanence of death, they do recognize that a loss has occurred. Pets consider us to be members of their pack, and they depend on their pack’s stability for comfort and safety. When a member dies, the balance and schedule of the animals are interrupted. Additionally, our pets have a way of sensing our emotions and mirroring them back to us.

It has been theorized that animals who have a complex social hierarchy and pack mentality, such as dogs, primates, and elephants, tend to have a higher likelihood of showing signs of mourning. This does not discount animals such as cats, rabbits, or birds- they are simply less likely to show the “typical” signs of mourning such as whining or crying.

Additionally, the strength of the relationship plays into the duration and intensity of the grief. For instance, a dog who loses an owner who they’ve known since birth will grieve intensely. Similarly, animals who have spent mass amounts of time with an elderly owner are likely to be more affected by that owner’s absence.

How can I tell if my pet is grieving?

A study conducted by the ASPCA showed that after a loss, over 60% of pets experience 4 or more of the following:

Is it important to help my pet cope?

Yes- animals cannot verbally communicate their feelings to us. They also have limited contact with the outside world. To them, you are their world- they cannot remove themselves from an emotional environment by walking away or FaceTiming a friend. Helping to establish a new and powerful connection with your pet will help them to create a new routine, which will aid them in their grieving process.

How do I help my pet cope? 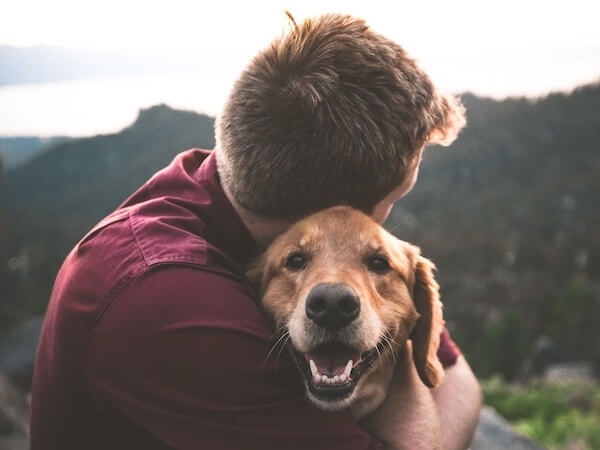